Posted on Last updated: December 18, 2021 by Author Angela and Graham

We find visiting museums a little hit and miss. Most of the time they fail to pique our interest. Falling short of bringing the past to life in our mind’s eye, we don’t often recommend a visit.

So when friends suggested we visit the Andes 1972 Museum in Montevideo, we hesitated.

As chance would have it, we found the entrance by accident, strolling around Montevideo’s historic old town. So we entered, paid our admission fee and spent 3 emotional hours in the museum.

The entire museum is a tribute 29 Uruguayan people who died in plane crash in the Andes in 1972 (hence the name). Sounds grim right?

But this well known story is as much a tribute to the spirit of the survivors and their battle against the odds to survive.

Parts of the story are grim indeed, their ordeal harrowing in the extreme. Yet with utmost respect to the dead, the museum tells the tale of how 16 people survived lost in the Andes for 2 months. During the snow season!

The story of the Andes plane crash

In 1972 a Uruguayan rugby team, planned a 4 day trip from Montevideo, Uruguay to Santiago in Chile.

In the 1970’s, the cheapest way for a group to arrange such a flight was to charter an air force plane. With a flight chartered, and a few spare seats onboard, the team could bring along some of their friends and family free of charge.

With every one of the seats on board taken, the plane took off from Montevideo airport on Thursday 12th October. But as the flight approached the Andes mountain range, the weather turned, making a safe passage impossible. The pilot diverted to Mendoza and the passengers and crew spent the night in Argentina.

The aircraft had a reputation for being under powered – not that the passengers knew this.

So rather than fly directly over the Andes from Mendoza, the flight plan was to head south, cross the Andes at a point where the mountain range isn’t so high before turning northbound to Santiago.

Quite soon after the plane turned west to cross the Andes, there was a navigation error made. The flight across the Andes should have taken 12 minutes, but the pilots recorded they’d crossed in less than 3 and adjusted their course northbound.

Thinking they were on the Chilean side of the Andes and heading directly for Santiago. In fact they remained over the Andes and were heading northbound towards the higher peaks.

The plane crashed into the rim of a mountain, losing its wings and tail on impact. The fuselage slid down into the Valley of Tears and came to a rest, 4000m above sea level.

Of the 45 passengers and crew, 32 survived the initial impact, many sustaining serious injuries.

Nobody was dressed, packed or prepared for the hostile environment of the Andes at this time of year. The surviving passengers put on what clothing they could find from retrieved baggage, and huddled together in the fuselage for warmth.

On day 2, the sighting of a search plane lifted their hopes. They thought it was now a matter of time before they were rescued. They rationed the tiny amount of chocolate and liquor they had on board.

As they waited for rescue, 5 survivors succumbed to the injuries they’d sustained in the initial impact.

The days ticked by. The only sign of any rescue was the sighting of the search plane the day after the crash. On day 10, their world fell apart.

On a small pocket radio, they heard a news broadcaster report the authorities had called of the search.

Against the snow, the search plane hadn’t seen the white fuselage.

With no hope of an imminent rescue, thoughts turned to survival. They’d worked out how to get drinking water.

Melting snow and ice on makeshift metal plates in the few hours of sunlight each day, they collected the dripping meltwater in empty wine bottles.

But food was a greater challenge. At this altitude and at this time of year, edible resources don’t exist.

No vegetation grows and no animals here. There’s nothing but snow, and the blacks rocks of the Andes.

And the bodies of their fellow passengers.

Their choice was stark. And so after much discussion, they did the only thing they could to survive. They ate the remains of the deceased.

As if their predicament wasn’t bad enough, the fuselage was hit by a massive avalanche on October 29th, killing a further 8 passengers.

Over the coming weeks, efforts focussed on trying to get the plane’s radio to work. They sent small groups out on expeditions to locate the tail of the plane, hoping to find usable batteries.

But with limited skills, they couldn’t fix it.

So in a last ditched attempt, 3 of the passengers decided to walk out of there.

They thought they were in Chile and just over the next mountain peak was green valleys, civilisation and rescue.

With no mountaineering or climbing skills, they set out. It took 3 days to climb the first mountain. The views from the top almost destroyed them. 360° panoramic views of snow capped mountains.

What choice did they have? Go back to the relative warmth and safety of the fuselage, doomed to certain death? Or press on?

They sent one of the group back to the fuselage to explain to the group what was happening. The other 2 Nando Parrado and Roberto Canessa continued. The kept heading west towards a peak after which they could see no more peaks.

After 10 days trekking and climbing, Nando and Roberto finally arrived at a river and drank their fill. As they did, a cattle drover on horseback approached on the opposite riverbank. He rode for a day to raise the alarm and so the final rescue got underway.

Nando Parrado guided the rescue helicopters to the crash site. By the following day, December 23rd, 72 days after the fatal crash, all 16 survivors were safely brought out of the mountains.

What to expect from the museum

The artefacts and story telling in the museum results in an emotional visit. It did for us.

Personal stories of those who lost their lives. The resourcefulness of the survivors in keeping warm, maintaining their spirits to see them through. The heart wrenching decisions they had to make.

Above all, this is a story of friendship, teamwork and solidarity without which, their survival would not have been possible. This story is truly one of miraculous survival.

Useful information for your visit

Make sure you allow a few hours for your visit. The museum isn’t massive but the wealth of information and exhibits will take a while to get through. Our visit lasted 3 hours!

Try to at least watch the movie, Alive before your visit. While some of the details in the film maybe a little embellished, it gives a good backdrop to the information and artefacts you’ll see.For something closer to the truth, there’s a great documentary of YouTube, featuring some of the survivors.

The Andes 1972 Museum is open from Monday to Friday 10am till 5pm and Saturdays 10am till 3pm. It’s in the middle of the Ciudad Vieja (Old City), half a block from the Plaza Matriz and a few blocks from Plaza Indepencia.

Here’s our recommended list of articles for you to get started. 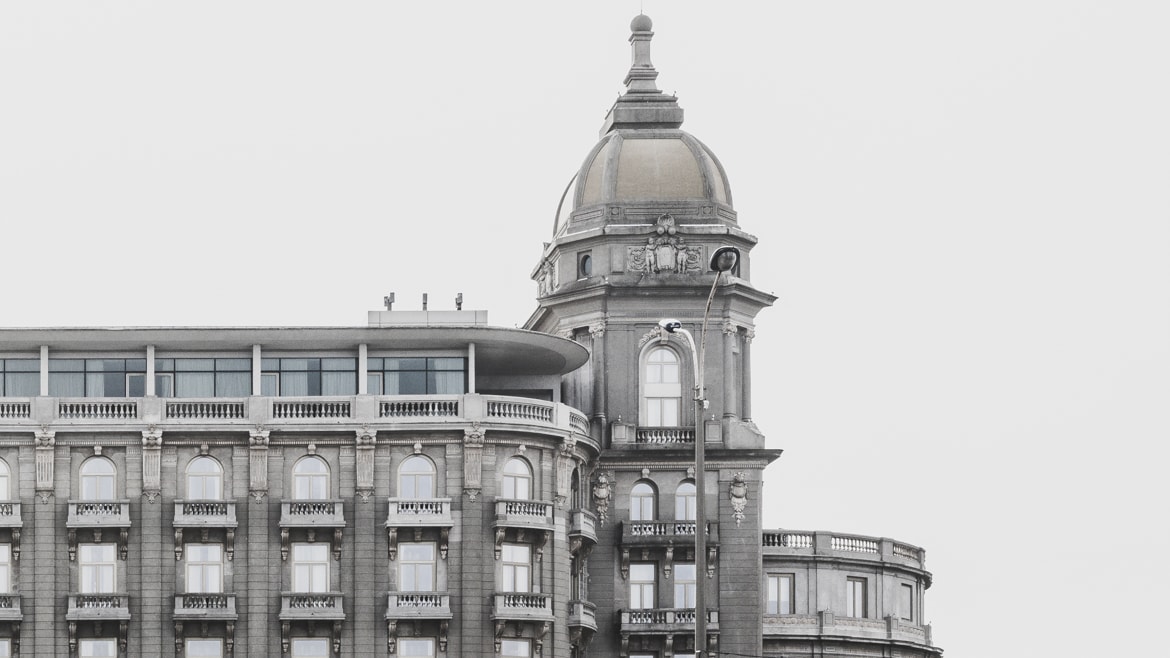 Previous
Best hotels in Montevideo to suit all budgets 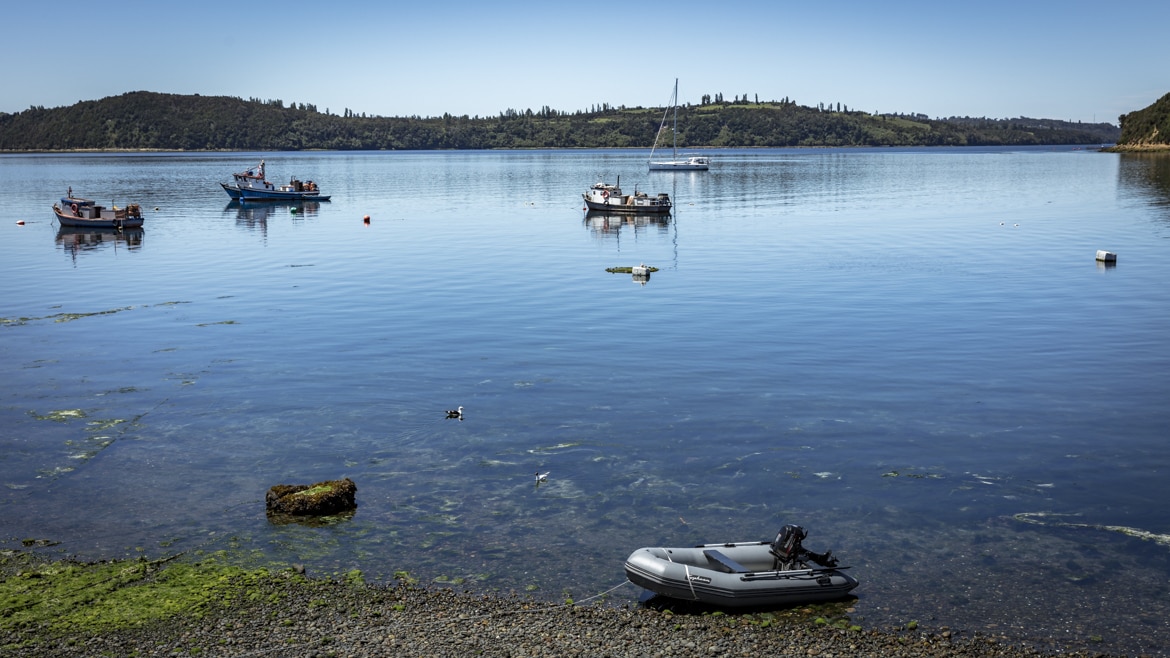 Next
Where to stay in Chiloe Island | Best hotels, hostels and camping
Click here to cancel reply.