If you wander around Buenos Aires or Montevideo on any given Sunday evening, you’re never far from the sound of beating drums.

Montevideo holds the world’s longest carnival and for 40 days, the sound of the candombe is ever present.

In some neighbourhoods in Buenos Aires, small candombe gatherings spring up like flash mobs.

As the drumming drums, the dancing picks up. The troupe grows as the contagion slowly, step by step, parades through cobbled streets, picking up passers-by overwhelmed by the beat.

This is Candombe, Montevideo (or Buenos Aires) style.

The history of Candombe in Montevideo & Buenos Aires

Montevideo and Buenos Aires were major African slave-trade ports as early as the late 1700s.

In spite of their masters’ efforts to repress their cultural heritage, no one could take it away from them. They clung to their freedom through music and dance.

In areas off limits to the general public, the African slaves would gather, beat their drums and dance. A celebration of their diverse cultural backgrounds and a reminder of home.

They referred to their drums, the dances and even the places they’d gather as tangó. So the origins of the Tango we know today is rooted in the Afro-Uruguayan and Afro-Argentinian culture of yesteryear!

By the mid 18th century, slavery was abolished and the free Africans and their descendants continued with the emerging tradition of candombe. No longer contained to dedicated places, candombe in Montevideo and Buenos Aires spilled out onto the streets.

In Argentina, the African population declined significantly, many lost to yellow fever or killed in wars. But in Uruguay, Africans accounted for almost half the population so here, candombe thrived.

The practice survived efforts for it to be banned when Europeans in Montevideo considered it a form of witchcraft.

Today, Candombe is considered a mainstay of Uruguayan culture. And because the beat is so contagious, it’s practiced by many, not just those of African descent.

It begins with a small bonfire on a street corner. A small gathering of people and their drums.

The drummers position the drums so the skin faces the bonfire. The heat tunes the instrument ready for the performance. Testing the progress with a few beats, the drumming lets the neighbourhood know what’s about to go down.

The drum master sets the pace and the rest of the drummers follow the rhythm set. The troupe begins the parade, beckoning the whole neighbourhood to join in.

It’s difficult to resist the consistent beat. The beat reverberates through our rented apartment in San Telmo as they pass below our balcony. We grab cameras and follow along with the ever growing crowd.

If you’re looking for things to do in Montevideo or Buenos Aires, go out of your way to find a llamadas.

Where to see Candombe in Buenos Aires

The best place to see Candombe in Buenos Aires in the streets of San Telmo neighbourhood. We saw small groups practice almost every day without ever going out of our way to find them. The streets surrounding the indoor San Telmo market are a good place to start.

Saturday and Sunday afternoons tend to see larger groups practice in the streets around Plaza Dorrego.

The largest llamada of the year is held on the first weekend of December when dozens of Candombe troupes from Buenos Aires and Montevideo hit the streets of San Telmo for a real party atmosphere.

Where to see Candombe in Montevideo

Visit Barrio Sur, Palermo and Parque Rodó neighbourhoods on a Sunday evening from early September. The Candombe troupes come out on to the streets to practice, often joining into much larger groups.

Otherwise, you’ll need to head to an organised show. It’s not quite the same or authentic but you get to hear the beat and enjoy dinner at the same time! 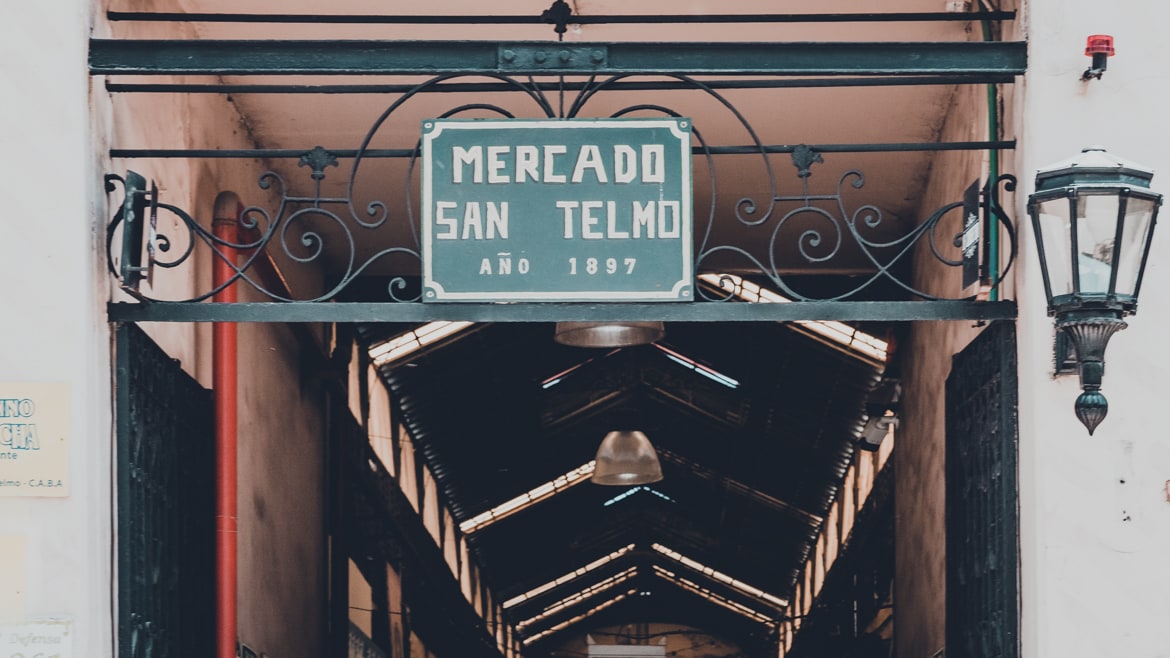 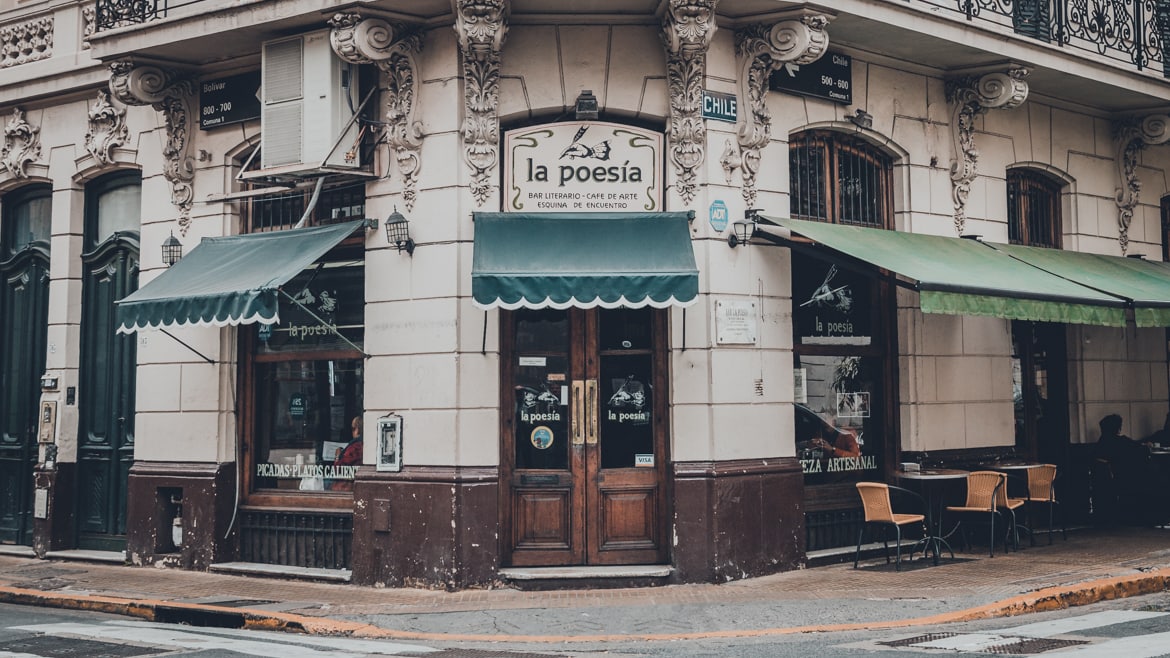 Next
Our 6 favourite San Telmo cafés | It’s all in the beans & grapes
Click here to cancel reply.