Driving in Morocco | All you need to know

Home » Africa » Driving in Morocco | All you need to know

So you’ve decided to take a road trip in Morocco but you’ve heard driving on Moroccan roads is a nightmare. You’re on holiday so why take the chance and add stress to your journey?

Driving around Morocco is the best way to travel. It allows you to get the most out of your holiday, discover off the beaten track destinations and have experiences no organised tour can provide.

All the hype about driving in Morocco is tantamount to scaremongering. For the most part, it’s not so different to driving in the UK or France.

It’s a shame to let this put you off. Here’s all you need to know about driving in Morocco, with some helpful advice about how to approach the few things you’re unfamiliar with.

We’ll cover the cities and motorways in this article and follow it up shortly with a post about driving in Morocco’s rural areas and Atlas mountains.

The official rules of the road

Morocco road trip advice: How to enter Morocco in your own car

Driving in Marrakech or any Moroccan city

Moroccan cities are densely populated and the roads are busy. Tangier, Rabat, Marrakech and Fes are all congested so in many respects, it’s not dissimilar to driving in any large city around the world.

There are a few things you should know because you won’t experience some of these on European roads.

There’s a lot of honking! When you drive off the ferry and onto the Moroccan roads for the first time, the noise of the car horns might terrify less than confident drivers. Welcome to Morocco! Moroccan drivers use their car horns for all sorts of reasons.

Sometimes, Moroccan drivers will honk to tell you it’s safe to overtake. Or it’s not safe. Sometimes, you’ll get a honk if you stop for a red light. Or to tell you to start driving at a red light because it’s about to change to green.

Sometimes you’ll receive a honk and a thumbs up as a friendly greeting. At other times, it’s to get you to follow them (see faux guides below).

In reality, you won’t even know if it’s you they’re honking at or why. In the whole scheme of things, does it even matter? Not really. Worry not, concentrate on your own driving and expect the unexpected.

The road conditions in the cities are good, if a little dusty. Watch out for the occasional missing drain cover in the kerbside gutter.

Not all Moroccan drivers follow the official rules of the road so expect the unexpected. Some will undertake, tailgate and not everyone will give way when you expect them to.

Add to this you’re in an unfamiliar city with lots of honking around you and your anxiety levels may start to climb. Relax though. If you miss a turn, it doesn’t matter.

Concentrate on you’re driving, your surroundings and proceed with caution. How good an experience you have driving in Morocco is as much down to your own attitude as it is to other road users.

There’s no consistency when it comes to the give way rules of a Moroccan roundabout. Sure the official rules are to give way to traffic already on it but it’s not always adhered to.

At some, drivers already on the roundabout will all stop to allow you to enter. At others, drivers seem to adhere to the official rules. The locals appear to know what rules apply to which roundabouts.

We’ve never been able to figure it out so just assume you need to give way. Regardless of whether you’re joining the roundabout or already driving on it, prepare to stop.

Parking in Moroccan towns and cities

Parking in most Moroccan cities is as good (or as bad) as trying to park in any major city across the world. Often you’ll find someone wearing a high vis jacket who will show you where to park. He’ll charge you a few Dirhams (maybe 10) on your return.

These aren’t always official parking attendants but all the locals use and pay them. We have a rule of thumb: if you’re unsure, do as the locals do.

We’ve used these parking attendants often and never had any problems. If anything, they offer a little security as they won’t receive their fee if there’s any problems.

For cities such as Marrakech and Fes, you’re better off parking at your hotel or campsite. Use a petite taxi or local buses to take you into the centre.

Donkeys pulling carts are a common sight in Moroccan towns and cities. More often than not they will ride on the right edge of the road and you’ll need to take care overtaking of course.

You may also see stray dogs taking a snooze at the kerbside. They’re not alarmed by traffic at all so again, take care. You won’t see too many goat herds in the cities yet it’s a common sight in the towns and rural areas.

We have little experience of this because our number 1 road trip rule is we don’t drive at night. Moroccan roads seem to get even busier in the evening.

Speed humps aren’t as visible as you’d like after dark, and a hazard so watch out for them at night. Street lighting is pretty good in most cities but don’t forget, donkeys and carts don’t have lights. If you must drive at night, take extra care.

Faux guides are ever present in Morocco’s cities. Drivers aren’t exempt from their attempts to make a living either. As you walk around Morocco’s medinas, their approaches become the norm but you may not expect this in your vehicle.

In our experience, Fes is the worst city for faux guides attempting to attract the attention of drivers.

They usually ride motorbikes and pull up alongside you at traffic lights or roundabouts. They’ll try to attract your attention by speaking to you, all smiles and appearing helpful.

In reality, they’re trying to guide you to a shop or hotel where they will charge you a fee for their services. Even ignoring them won’t deter most. They’ll drive ahead of you as though guiding you, then pull back alongside for a chat. Even if your vehicle is still moving.

So how best to deal with this? Be polite but firm and say “Laa, Shukran”, Arabic for no, thank you. Only say it once then ignore them.

Stay alert, pay attention to the road and drive with confidence and purpose. If you lose your bearings, continue driving as if you know exactly where you’re going.

Try not to let them suspect you’re lost. They’ll get bored when they realise you’ll not give in to them. There are easier targets around.

Learn a few key Arabic phrases before you go

Morocco has a reasonable motorway network. It’s a pay-per-use system with toll booths placed along the routes. Prices are low and they’re not congested so ideal if you’re looking for an efficient commute.

They are much quicker than the scenic routes and as good as any motorway in Europe. This map shows the current motorways in Morocco:

Driving in Morocco isn’t so bad

If you’re vigilant, relaxed and apply a little common sense you’ll find there’s nothing to stop your epic road trip around this incredible country.

Now hopefully you’re confident to take the plunge and not let a fear of driving in Morocco prevent you from enjoying a road trip in this spectacular north African country.

Unless you’re driving to Morocco from Europe – and we’ve done this many, many times – chances are you’ll fly into Morocco and need a rental car.

Car hire in Morocco can be a little dubious if you arrange it from your hotel. We recommend hiring a car in Morocco with a reputable firm. You can get a comparison quote with Auto Europe from plenty of well-known companies such as Hertz, Avis, Enterprise and more.

Make sure you take out the necessary insurance cover too

For a self drive road trip in Morocco, you’ll need a few accessories to make navigation a little easier.

We use Maps.Me for all our GPS navigations. It’s a free app (you can download it here). Make sure before you leave you’ve downloaded all the maps for the region you plan to drive through too.

For finding accommodation, fuel station and and other useful points of interest, we also use iOverland app. Read more about iOverlander here and how we use it offline. 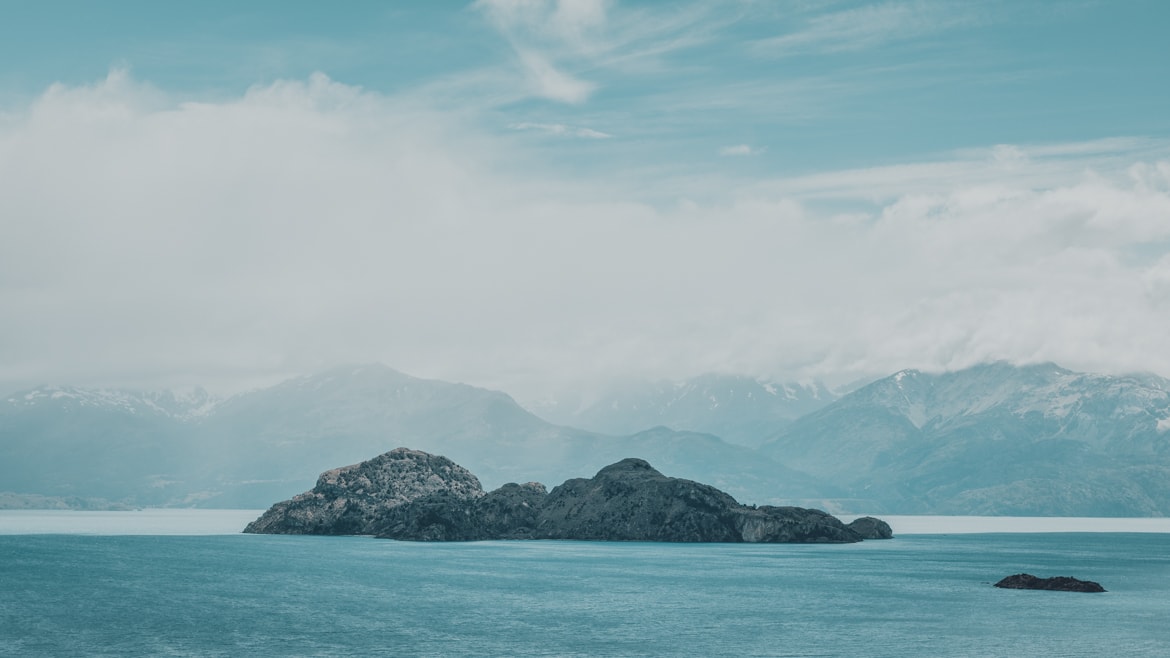 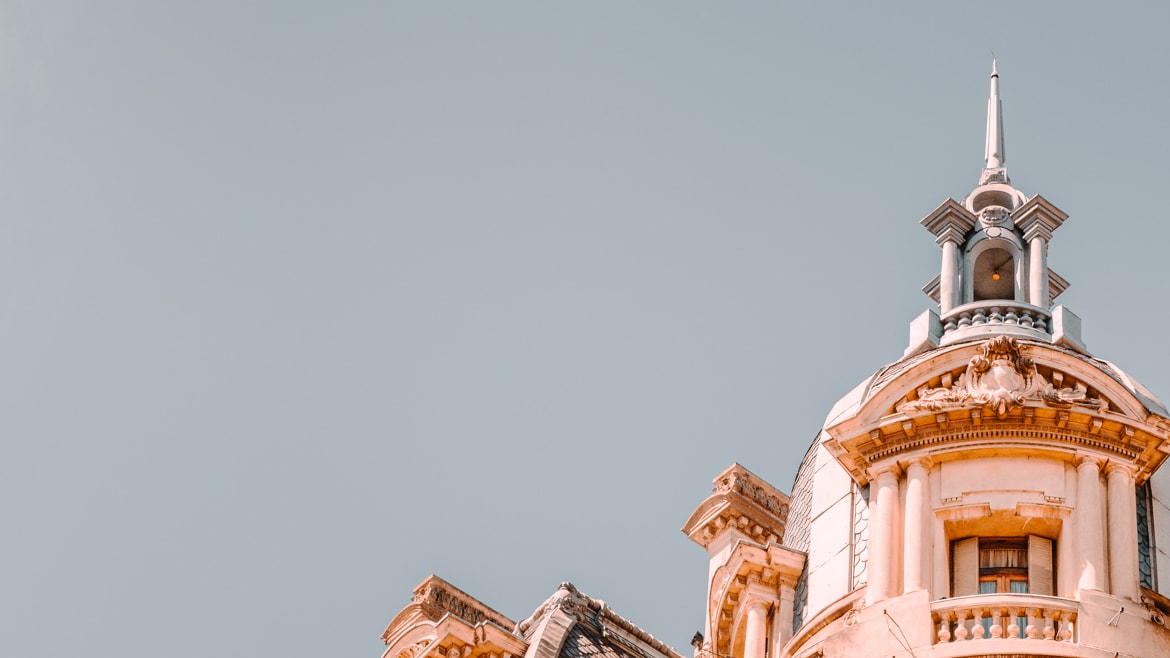 Coming across this article a while after you wrote it ... if you're still tracking comments, what do you think about driving alone from Rissani to Marrakech, if you've done this route. It would be my husband doing this. We've driven in many countries, including neighboring Tunisia, but I worry it might be too stressful for him to do alone (we're smalltown USA but we've managed a lot of places with me as navigator and general support).

I was in morroco last week, and didnt figure the roundabout issue until I asked a cop to explain it to me.

So basically there are 2 types of roundabouts,

+ if you are already in it, you have priority until you leave it. + enter it when possible or no one coming your way

2: roundabouts with traffic lights before entering them

+ if you are already in it, you have to stop to let the cars that have a green light on your right to go through first,

+ enter it during the green light and you have priority

That explains it although in our experience, it was all a bit of luck :-)

We've been to Morocco a couple of times. And, while I love to drive on our adventures, I haven't dared attempt it in Morocco. But your article has given me the appropriate encouragement, so I'll be driving from Nador to Tangier and back, by way of Chefchaouen, next July. Any helpful tips on that route?

roads from tetouan to chefchaouen are a bit dangerous in the nights ! also try to watch out in round about when you're in it . lot of drivers don't respect them white lines .

[…] not drive whilst in Morocco but the road network is extensive and appears to be in good condition. Mowgli Adventures provide good information on road laws and what to expect if you choose to drive in […]

Our Travel Guide to Morocco | POSSESS THE WORLD

[…] not drive whilst in Morocco but the road network is extensive and appears to be in good condition. Mowgli Adventures provide good information on road laws and what to expect if you choose to drive in […]