We didn’t mean to spend so much time in Uruguay.

Our intention was to disembark from a cargo ship with our camper van and promptly drive to Argentina to begin our South American adventure.

Uruguay just doesn’t get the same coverage as its giant neighbours. It doesn’t have the dramatic landscapes of the high Andes, the hanging glaciers of Patagonia or any city to equal Rio de Janeiro. So it’s too easily overlooked.

But Brazilians and Argentinians have long since flocked to Uruguay for vacations. And the backpacking scene is picking up too.

So rather than make a bee line for Argentina, we decided to explore Uruguay and give it a chance. And we’re so glad we did.

As we write this, we’re on our 3rd visit to Uruguay in less than 2 years. In total, we’ve spent almost 4 months here and it’s fair to say, we’ve fallen just a little bit in love with it. 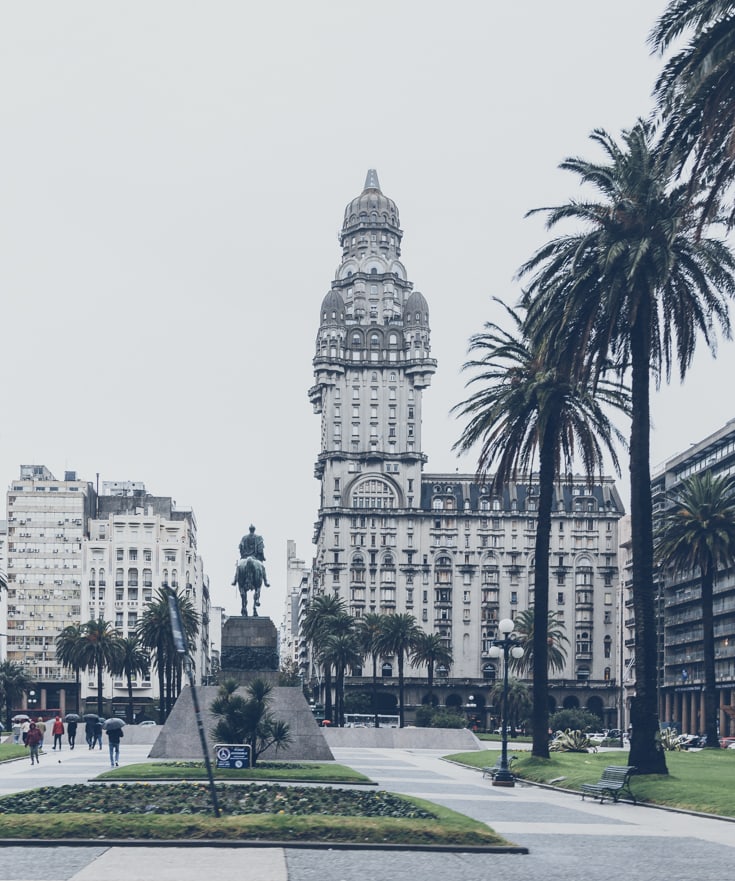 The nation’s capital and home to half of Uruguay’s population of not quite 4 million, Montevideo is buzzing in a calm, laid back kind of way.

Remnants of the city’s garrison can still be explored. With a past dominated by British, Spanish, Argentine, Portuguese and Brazilian rule, Montevideo now flourishes.

The oldest barrio in the city, Ciudad Vieja, spanning only a dozen or so blocks is filled with old world charm, if a little worn at the edges. Once gorgeous buildings now show their age, crumbling in parts, peeling paint and often broken windows.

A revival of the abandoned architecture is underway. Trendy bistros and modern stores occupy growing swathes of town while musicians and street performers entertain visitors and passers-by.

Walk the historic streets on a Sunday evening to a backing track of drums. Practicing for the world’s longest carnival celebrations, Condombe troupes keep this Uruguayan tradition alive.

A performance rooted in history, now a fusion of African slave music and European folk dance, this is unique to Uruguay.

When you need a breather and a little down-time, with the world’s longest promenade, Montevideo has 20 kilometres of beaches so take your pick.

No roads. No running water. No mains electricity. No wifi - well, hardly any usable wifi. A permanent population of less than 100 people and hundreds of seals.

Cabo Polonio is a strange place.

During winter, cut off from the road network and fighting to stay this way, the village sleeps. The only souls around are a handful of people who live here year round and a few hardcore whale watchers.

Undoubtedly, this is a time of year to experience the wild winds and hammering rains.

Despite being remote, and such a challenge to get here, Cabo Polonio is a popular tourist destination. By late spring, the population swells, prices soar and all 3 shops open for business.

We reached the village by trekking 8 kilometres across swatches of shifting sand dunes from nearby Barra de Valizas. The trek starts with a 60 second ferry journey across the mouth of a river.

Crossing steep dunes, the route leads to a high point - Cerro de la Buena Vista, from where you can Cabo Polonio in the distance.

Once in Cabo Polonio, time is no longer important. While away the hours on the beach, watch sea lions, surf, hang out in a hammock or wander through the untamed dunes.

The big attraction here is the lack of things to do. Completely break away from the trappings of modern day life and chill your beans in Uruguay’s off grid village. 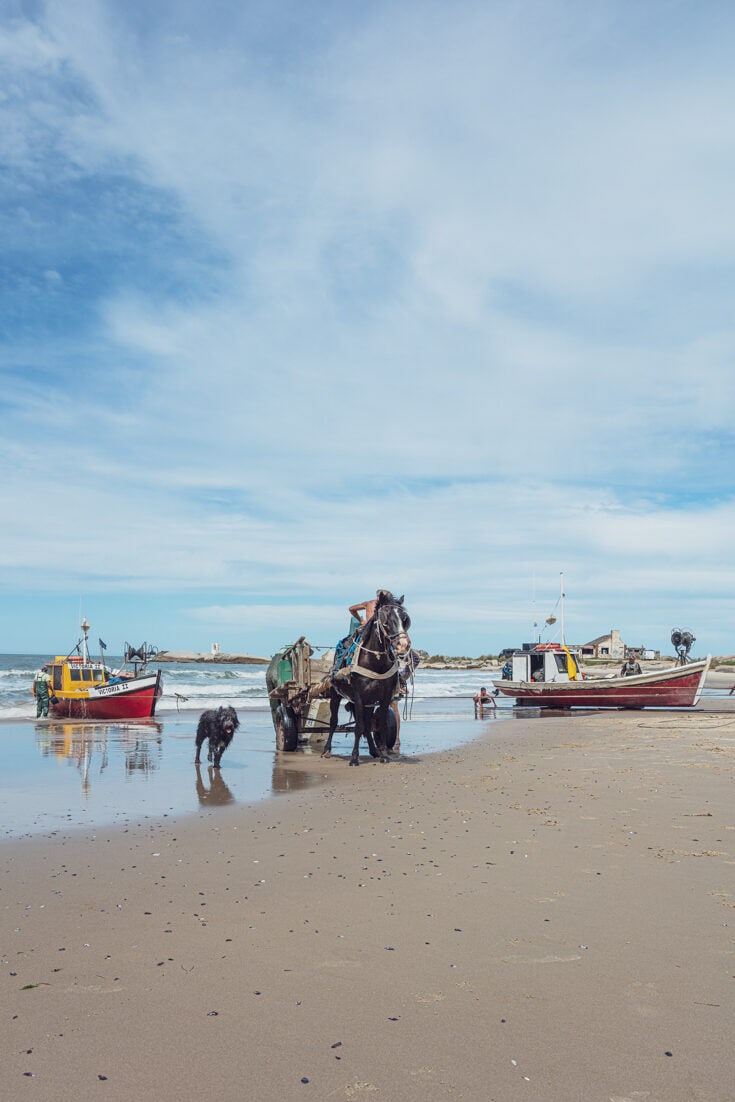 This is our favourite beach resort in Uruguay. Once a tiny fishing village, it’s grown into a popular summer resort.

There’s no towering skyscrapers of the popular Punta del Este in the south. And the basic amenities are far more advanced than those found in Cabo Polonio.

A good selection of restaurants and bars cater well for the booming summer population, shutting up shop during the bleak winter.

If you’re looking for a place to relax, with a choice of beaches (and there’s loads to choose from around the town) and get some good surfing opportunities then Punta del Diablo is for you.

We spent almost a week here. We explored the rocky headland between 2 beaches before walking along the water’s edge towards the lighthouse.

Watching the traditional fishermen set sail early in the morning before returning on the high tide to a waiting queue of customers.

Santa Teresa National Park is nearby, and the forest there offers fabulous shade from the summer heat and some great bird watching too.

A highlight for us was visiting the Karumbe sea turtle conservation centre a few kilometres up the coast. We even got to release a rescued 3 year old green turtle, now lovingly known as Mowgli. 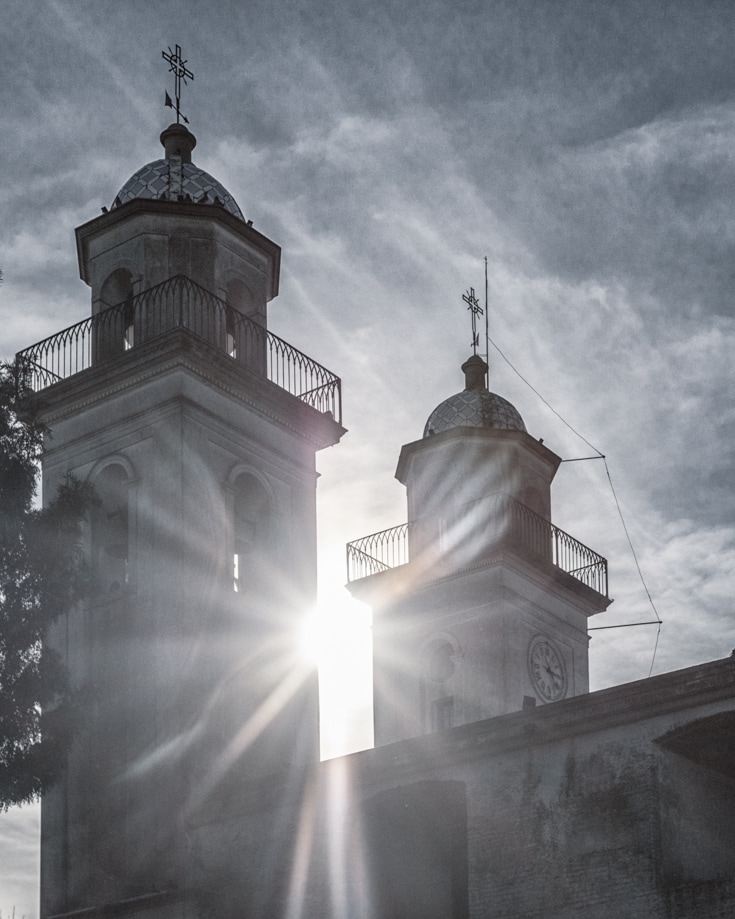 On the shores of Río de la Plata, one of Uruguay’s oldest towns, Colonia del Sacramento is a major draw for those wanting to escape Buenos Aires for a while.

A short ferry ride across the river (you can see the Buenos Aires skyline from Colonia), day trippers flock to the historic quarter.

The tree lined plaza offers plenty of shade in the height of summer - the perfect place for people watching.

On one street, vintage cars double as private dining rooms and even plant pots, the back seats overflowing with flower and foliage.

Climb the lighthouse, the tallest building in the area, for 360° views, a pretty special spot for sunset. 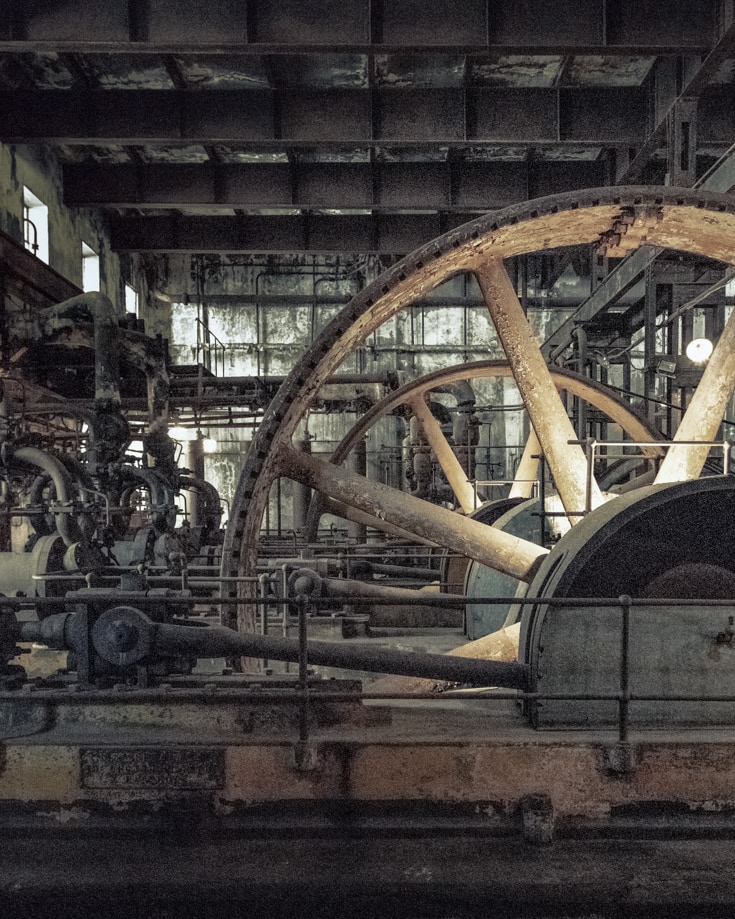 Say the words Fray Bentos to us Brits and our mind’s eye fills with images of tinned pies. We get all nostalgic over mouth watering memories of meat pies packaged and baked in flat blue tins.

The oddly fabulous pastry top had a slightly soggy underside which was arguably the best part. So to us, it’s astonishing to find a town named Fray Bentos.

Hugging the banks of the River Uruguay, it’s a town not only called Fray Bentos, but the very place from which the iconic tinned pie hails.

The river bank is popular with Uruguay tourists and day trippers. Extended families spend weekends here fishing, cooking their catch right on the shore and taking horse rides through the woods.

But for us, the main attraction is that Fray Bentos is home to the abandoned and decaying meat processing plant. It even holds the coveted UNESCO status of World Heritage Site.

Visitors get to explore the machine and electrical control rooms and packaging plant with a guide.

It may seem a little odd to tour an abattoir (and there are parts that feel a little eerie) but this was a place of remarkable engineering. 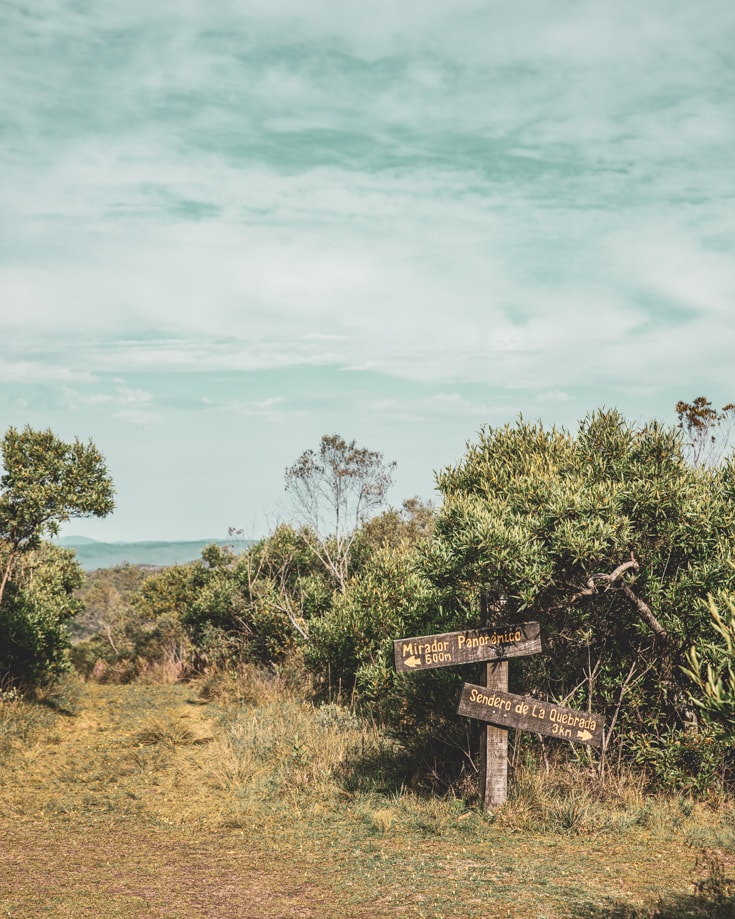 While most tourists and visitors to Uruguay head for the capital or the Atlantic beaches, few venture further inland to the country’s interior. Yet they miss out.

We travelled from Punta del Diablo across the north of Uruguay to Salto, where we eventually crossed into Argentina.

This was a road trip to explore the Uruguay nature, take in the tranquility of the countryside and even do a little hiking.

We drove through gaucho country, where traditional homesteads are surrounded by huge herds of cattle.

Tacuarembó is the only town of any size and while nothing special on it’s own, is a perfect base to explore Carlos Gardel’s birthplace at Valle Eden and the ruins of the once prosperous gold mining corporations.

If want to find the authentic rural side of Uruguay, this is the route you need to follow.

Where to Stay in Uruguay

Accommodation options in Uruguay vary widely, depending on where you are.

Finding luxury hotels in Montevideo isn’t difficult but in Cabo Polonio, nigh on impossible.

For overlanders, Montevideo is more difficult but elsewhere, campsites and wild camping options are plentiful, even out of season.

Where to stay in Montevideo

You can walk pretty much everywhere in the city or use the regular public transport to get further afield.

Your choice of location can really help to make your trip. There’s loads of hotels in and around the city to choose from, and a quite a bit cheaper than nearby Buenos Aires. Take a look at these hotels for an idea of what’s available.

With the number of visitors to Montevideo increasing year on year, it’s no surprise that there are fantastic Airbnb properties all over the city.

If you’d prefer your own place for a few nights instead of a campsite, hostel or hotel then Montevideo has no shortage of options.

To give you some inspiration for your upcoming trip, we’ve personally selected the best Airbnbs in Montevideo.

For overlanders, there are no campsites in Montevideo. On iOverlander you can find a couple of adequate options for parking overnight for a short stay.