Home » Europe » A day in Bilbao: a brief guide

A day in Bilbao: a brief guide

Bilbao is often regarded as a through-fare on the way to other parts of Spain. We’ve been guilty of it too! We’ve passed through Bilbao a few times on our road trip travels and had never taken the time to explore the city.

It wasn’t one of the obvious cities to visit in Spain. We were always either rushing to catch a ferry home or to start our adventure.

At the start of our road trip itinerary in the north of Spain, we decided to spend a day in Bilbao. We weren’t disappointed!

Top tip: Ferries from the UK to Spain arrive in Bilbao and Santander. As Bilbao is a short 1 hour drive from Santander, it’s a perfect city break to top or tail your road trip in Spain.

How to spend a day in Bilbao

Bilbao is small but bustling city and easy to negotiate on foot. The city is sliced in two by the Nervión River. The business district and Guggenheim Museum sit on one side and the old quarter on the other.

When you spend a day in Bilbao and you’ll walkthrough alleys that have been here for more than 700 years. Then you’ll be in awe at ultra modern architecture that seamlessly fit along side it.

A day in Bilbao can be split into the old and the new cultural sights. We started with the Casco Viejo dating back to the Middle Ages.

To end the day, we stepped into the dazzling modern world of the Guggenheim Museum. Spend a day in Bilbao and walk through 700 years of history!

Things to do in Bilbao

The Casco Viejo is the name for the old quarter of Bilbao and its medieval centre. There are seven streets that comprise the area. It’s no surprise then that it’s often referred to as the Seven Streets.

We started our tour of Bilbao’s Casco Viejo at the San Antón Bridge. This is the oldest bridge in Bilbao and beautiful at first light. In medieval times, it was the only bridge that crossed the river.

This made gave it significant importance to merchants of the time. The Gothic San Antón Church stands on a plot next to the San Antón Bridge.

Its history is so closely related to that of the city, the church and the bridge appear on the city’s coat of arms. It makes for a dramatic entrance to Casco Viejo.

One of the highlights for us in Bilbao was strolling around the Seven Streets. It’s the oldest neighbourhood in Bilbao.

Taking a tapas tour in the area will ensure you see all the main sights. Allow yourself plenty of time to wander the maze of cobbled streets. You could easily spend a day in Bilbao in this part of town.

There are many pintxos bars in Casco Viejo, too tempting to pass by. A pintxos is a small filled savoury held together by a cocktail stick.

They’re a speciality all over Spain’s Basque country. To get under the covers of the social gathering and culinary delights, try a San Sebastian pintxos tour as part of your road trip in northern Spain.

If you’re in Casco Viejo between 08:00 and 12:00 indulge in a slow breakfast. The tradition is to have a coffee and a pintxos or a Montadito, which is a mini bread roll with savoury fillings.

The choices are unlimited and vary widely at the many cafés. There are many locals in the cafés in the area. This adds to the authentic Spanish feel of the city.

This cathedral is right smack in the middle of the Casco Viejo of Bilbao. It proudly stands in the centre of the Plaza de Santiago where the Seven Streets meet.

It’s an excellent cathedral to visit and has detailed architecture inside and out. It’s easy to find as from a distance, the spire is visible through the narrow streets.

Get an ice-cream and bimble down the road towards the River Nervión. Before you reach the riverbank, swing left. Here you’ll find Plaza Neuva.

It’s a large square just perfect for chilling out in. Relax, talk, enjoy the sun, hear people chat, order some food and try to get that smile off your face.

I bet you’ll fail. A visit to Bilbao would be incomplete without spending a little time at the monumental square.

Inspired by the Paris Opera House, Teatro Arriaga is at the edge of Casco Viejo. The building is beautiful. When the theatre was first built, it had electric lighting.

Given this was in the late 19th century, this was leading edge technology! We’d recommend seeing the interior by attending a show. If you don’t have time to see a show, you can get a guided tour for a small fee. Totally, worth it!

Lying alongside Bilbao’s scenic estuary, Arenal Gardens are a lovely place for a stroll. City breaks can be quite hectic. With plenty of secluded areas, Arenal Gardens is a great place to sit and enjoy the sunshine for a short time.

It’s the perfect route between Casco Viejo towards the Guggenheim Museum.

If you’re lucky, your visit may coincide with an outdoor concert held in the historic bandstand.

Most visitors to the city want to spend a day in Bilbao because of the Guggenheim Museum. And we were no exception.

As you stroll through Arenal Gardens along the banks of the river, the historic architecture of the old quarter makes way for a more modern city.

There is a commercial feel to this part of Bilbao. Office workers busy chatting on their mobile phones rushing to their next meeting.

Bilbao isn’t the only city in Spain that surprised us: 8 of the best things Málaga has to offer you

Eventually, the red arches of La Salve Bridge are in sight. This is the landmark that tells us the Guggenheim Museum is just around the corner.

Le Salve bridge looks impressive as it links the Guggenheim Museum with the outer parts of the city. According to the tourist office, its official name is the Prince and Princess of Spain Bridge.

Interested in bridges of Spain? Check out the amazing bridges in Ronda

Passing underneath La Salve Bridge keep an eye out for some stunning graffiti. As you emerge from the bridge, the titanium and glass structure of the museum reveals itself.

I’ve never seen a more impressive museum in my life (so far). I love the building and it’s an artwork in its own right. Don’t forget to look up to appreciate the angular features of the building. It’s stunning.

Make sure you walk all the way around the exterior of the building to see all the sculptures. There are many on display. We had 2 favourites.

1. The 9 metre tall Maman spider by sculptor Louise Bourgeois. It’s intended as a tribute to her mother who was a weaver.

2. The Honourable Gate by sculptor Casto Solano. It’s a bronze statue of Ramón Rubial Cavia. Ramón was a Spanish socialist leader during the Spanish Civil War. He was arrested for his revolutionary activities and spent 21 years in prison.

To us the Spanish have managed a perfect blend of the old and uber-cool architectural forms of Bilbao.

It is as if the town planners were schooled in modern design principles as an art form, as much as practical function.

They contradict the assumption that new design diminishes historical buildings. It is a refreshing to thing to see.

We’re glad we stopped to spend a day in Bilbao. It’s a lovely and compact city.

One day in Bilbao is well worth the time out, to explore what it has to offer. We feel Bilbao blends the old and new so well.

It’s as though the reflective and angular Guggenheim Museum was always supposed to sit alongside the warm stone of Casco Viejo. And yet it doesn’t clash; it just fits.

We visited Bilbao as part of our road trip in northern Spain, travelling in a motorhome (Mowgli). By using the free camper stops on the route, we didn’t pay for any accommodation. 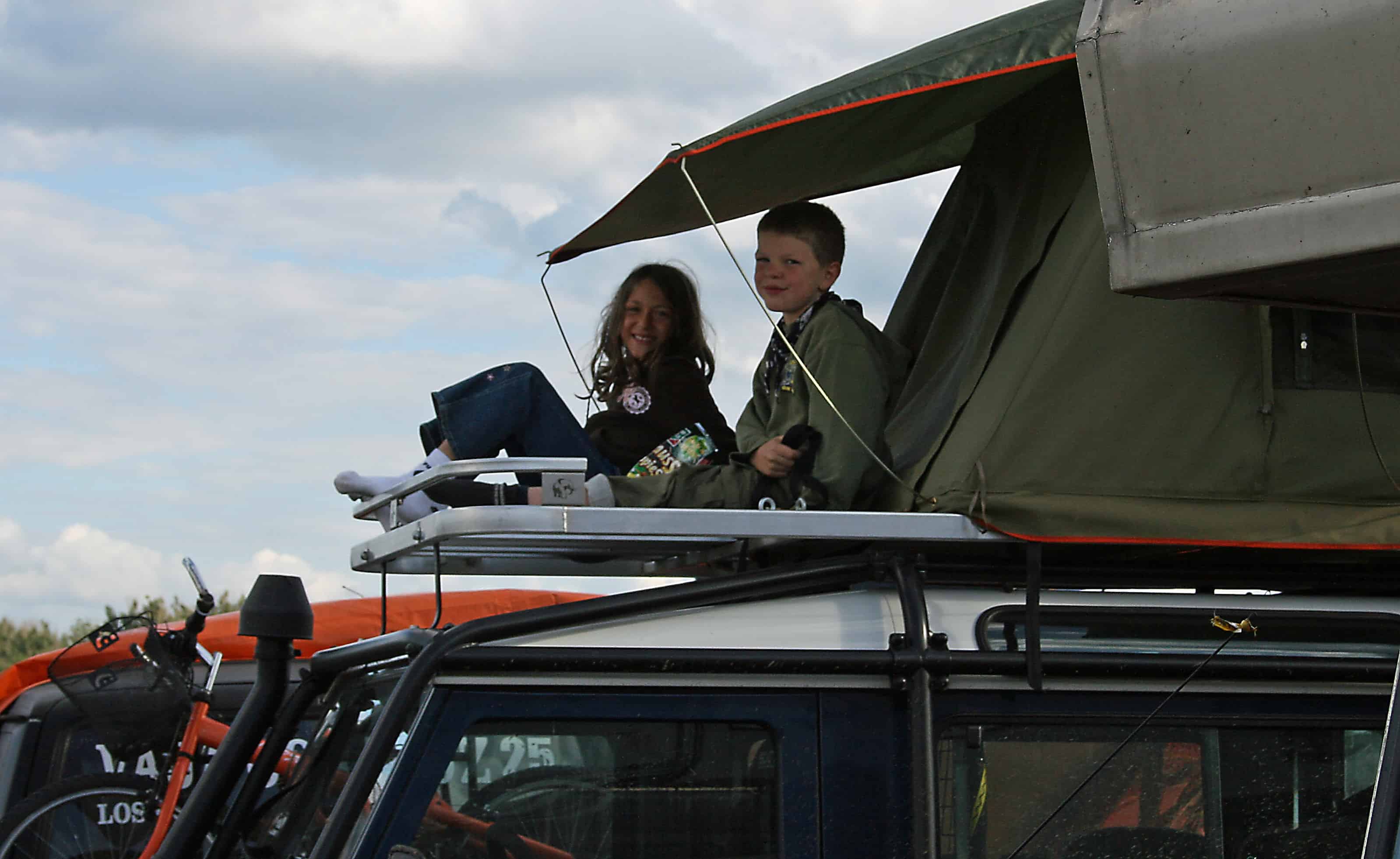 Previous
Go Overlanding With The Kids

Next
A Stroll Around Cangas de Onis but Don't Spend a Week
Click here to cancel reply.

Thank you for one of the best and yet straightforward information on a city I have come across. More power to your elbow and pen.