Posted on Last updated: April 26, 2022 by Author Angela and Graham

Overlanding is broadly accepted as self-reliant, vehicle-dependant travel where the emphasis is more on the journey than the destination.

Often, though not always, overland vehicles are off-road capable. Overland trips tend to last months, if not years.

For us at least, Overlanding has become a way of life – a lifestyle of exploration.

Overland vehicles, equipment, and routes vary widely within  Overlanding. What overlanders seek as part of their journeys is unique and personal.

Some prefer to find the most challenging route — others to explore remote villages and cultures other than their own. And everything and every combination in-between.

Yet something joins us together as a community. It’s the common desire for exploration, empathy for the daily challenges, and passion for sharing stories from the road.

What Is the Definition of Overlanding?

Ooh, contentious! Some people are somewhat rigid in their definition of Overlanding, and we don’t think it matters.

What Overlanding is to me could be pretty different from what it is to you.

The main aspects are self-reliance, vehicle-dependant (or supported), remote locations, adventure travel, and exploration.
Use your own definition of what each of these means to you to determine if you are overland or not.

We know of many people whose hobby is building overland vehicles. Maybe one day they’ll use them for an overland adventure.

Perhaps it’s a dream, a retirement plan, they just want an overland vehicle, or they’re happy with their hobby.

Hey, we’ve done it ourselves and spent years and a lot of money building overland vehicles and camper van conversions.

Some we’ve used for short overland adventures – like from the UK to Morocco, Tunisia, and the Arctic.

We got more use out of those vehicles for most of the year on weekend camping trips, though, so we were campers with overland vehicles— training for the Overlanding lifestyle we have today.

What Types of Journeys Constitute Overlanding

It’s tough to define because the generic definition of Overlanding is a generalization, and I’ll try to illustrate it with some examples.

Is a cyclist traveling the PanAmerican highway Overlanding? We’d say yes. They often camp, travel at a slow pace, and the journey is the adventure. They’re also hardcore – although that’s not a prerequisite of Overlanding.

Is a backpacker touring South America Overlanding? They travel on public transport, hitchhike or travel by air, and they generally stay in hostels. So, we’d say no.

Yet thinking it through, this is still a type of Overlanding, albeit without a vehicle. They’re self-reliant and often adventurous. On the basis they refer to themselves as backpackers, though, we too.

So what about a three-week trip from, let’s say, the UK to Morocco in your vehicle? Again, we’d say yes. The duration is short, but the dependency on the vehicle is there.

The daily drama of border crossings and the challenges of where to eat and sleep all apply.

What about someone driving from Las Vegas to Death Valley National Park, California, for a weekend? We’d say no. The duration is short, and the journey is more about the destination.

Add to this, any dramas experienced are short-lived. Camping for a weekend is just that – a camping trip.

What about a six-month trip to Cape Town on an organized tour with a company like Dragoman or Oasis Overland? Perhaps even more contentious, at least for those profit-making expedition companies, we’d say an emphatic no – well, err, probably not.

Passengers may need to camp and even set up their tents and muck in with group chores, but these expeditions amount to long coach trips.

Once you pay the fare, the tour company takes care of everything else. You don’t need to worry about visas, and they organize your daily itinerary.

Even in a catastrophic vehicle breakdown, the expedition company lays on alternative transport.
To us, this is a world away from the type of Overlanding lifestyle we have. They’re still overland journeys nonetheless, so this too is Overlanding.

Graham thinks Overlanding must at least involve crossing one border, if not an international one, at least a state line. But, I don’t think it matters, and the most important thing is to enjoy the journey.

Australians coined the term Overlanding at the end of the 19th century and early into the 20th century.

Cattle farmers on horseback drove their cows across vast distances to open up new pastures in remote regions of the outback.

As companies built roads, the highway workers used the phrase Overlanding to describe their journey across the outback.

Famous overland expeditions across continents took place in the late 1960s from the UK to India and South Africa to Europe.

In 1955, 6 British post grads convinced Land Rover of the marketing opportunities an epic journey from the UK to Singapore would have, bagging themselves a couple of loaded Defenders.

The BBC, David Attenborough, and a whole bunch of sponsors got involved. After 6 months and almost 16000 miles, the 2 Land Rovers and the 6 overlanders arrived in Singapore.

In 1980 the Camel Trophy brought Overlanding into the modern era, making 4wd vehicles a popular choice.

Make no mistake, while a 4wd is terrific for Overlanding, opening up more route opportunities, it is far from essential.

More recently, modern Overlanding is beginning to trend somewhat, and efforts to escape the rat race only add fuel to this ever-growing bandwagon.

While most people Overlanding, do so on their own, or at least in one vehicle rather than in a convoy, we don’t feel alone.

With a growing online community and increasing numbers traveling overland, the road is far from lonely. We think this Overlanding lifestyle would be more difficult if fewer people were doing it.

There are many Facebook groups dedicated to Overlanding on specific continents, and members help each other with all sorts of aspects of life on the road.

Also Read: iOverlander mobile app | How we use it offline

Information is available on road conditions and border formalities – especially important when things on the ground change often.

There’s a genuine and excellent support network out there.

Some overland routes are especially popular with overlanders, and so our paths often cross with fellow travelers. It’s usually a source of much joy to meet other overlanders on the road.

We may have met before on the road or in one of the chat rooms. Meetings always involve discussing our respective vehicles and routes taken.

We discuss recommendations on campsites and places to go, with a few tales from the road thrown in for good measure.

As the night grows later and we share a glass of wine or 2, the laughter increases before turning into our respective overland vehicles.

We part ways soon after – even days later sometimes – having made friends and added a new trip card to the growing pile. We bid farewell, confident our paths will cross one day again in the future.

For a humorous insight into what it is to be an overlander, check out Graeme Bell’s article on Expedition Portal.

If you liked this article about the Overlanding lifestyle, consider checking out the other articles below – 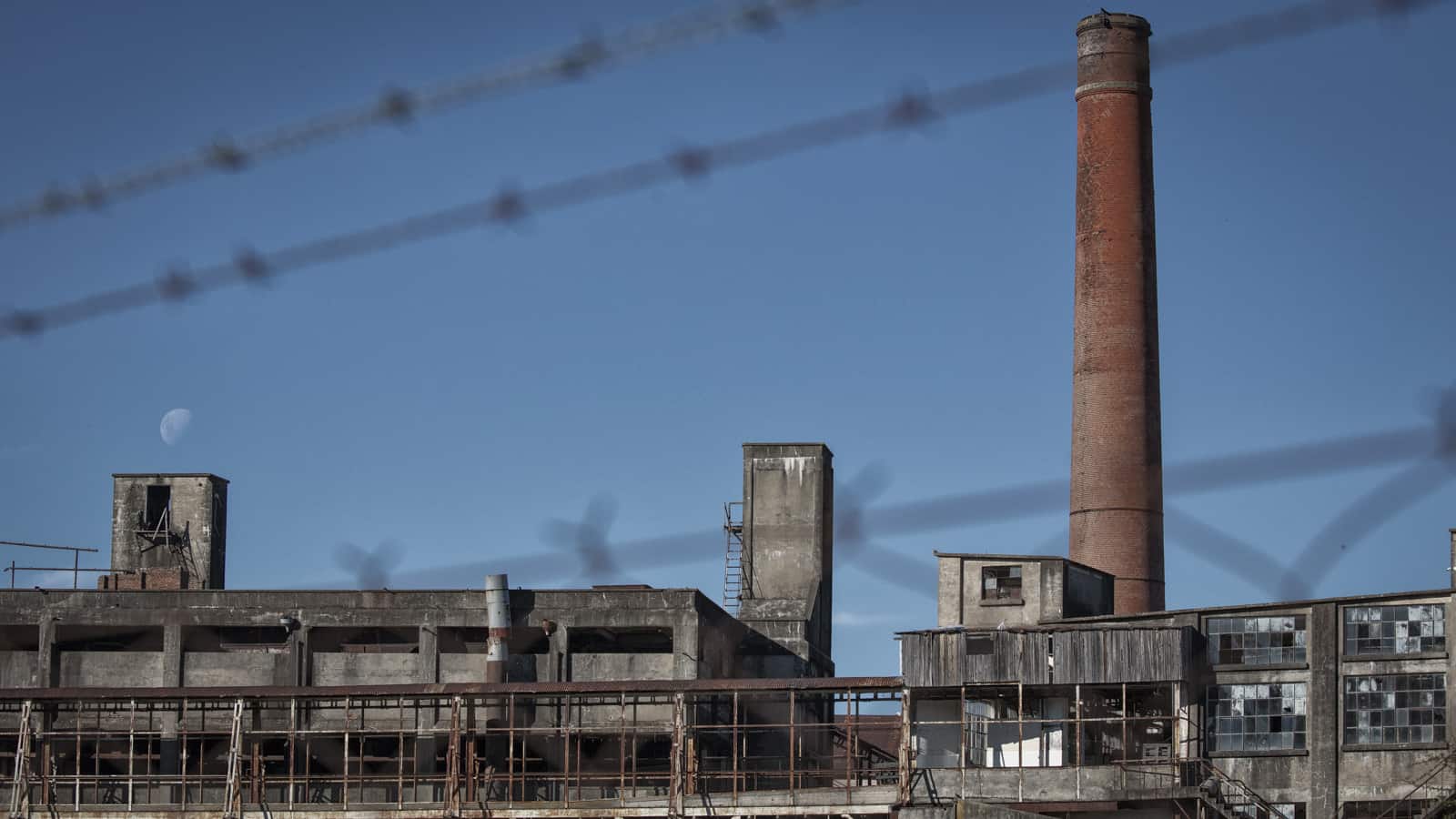 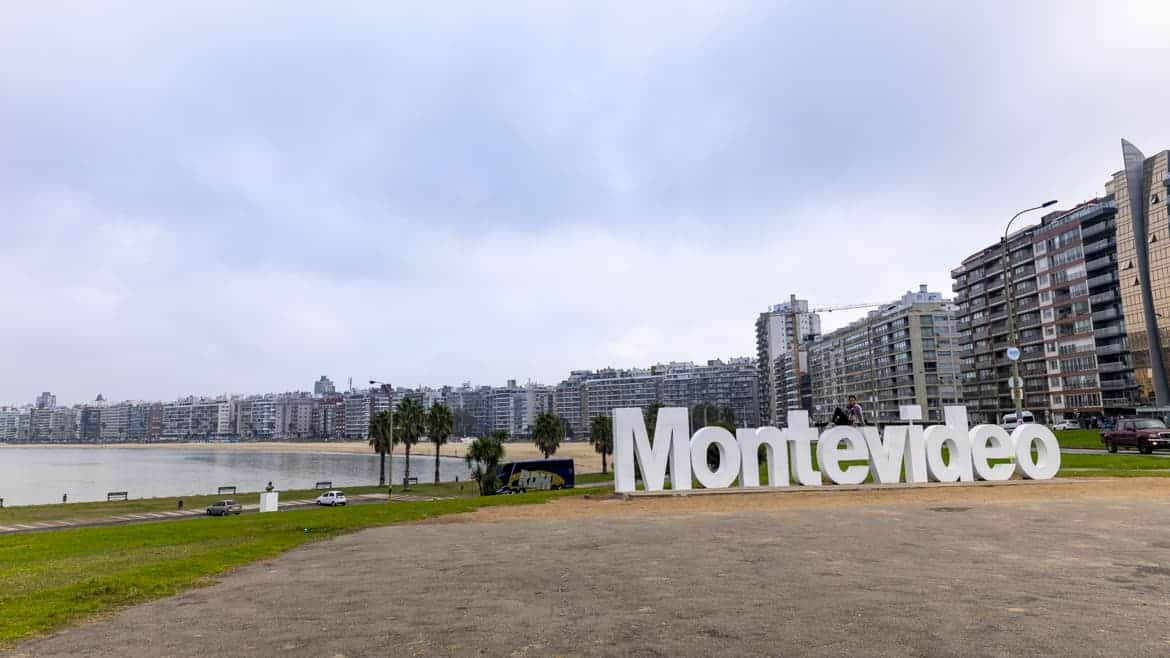 Next
Discover the best things to do in Montevideo, Uruguay
Click here to cancel reply.

we've been doing something so similar to overlanding for quite a while before even knowing that it has its own name. We only ever used to call it upgraded camping haha.