Wiring Solar Panels in Series vs Parallel | Which is Best?

This post explains the different ways of wiring multiple solar panels together, providing the information you need to decide how best to configure your camper solar setup.

It starts simple, with diagrams for the different wiring configurations, and explains how each affects the components needed.

We’ll then delve into the complexities of mixed solar panels (avoid doing this if possible).

We’ve included an interactive series vs parallel calculator so you can decide the best configuration for your solar array.

We’ve made our own mistakes when setting up our campervan solar system.

This post will help you avoid these to get the best performance from your solar setup from the outset.

This post is part of our series on campervan electrical components.

If you’re new to electrics or van builds, look at our starter guide to campervan electrics first.

There are three different ways of wiring multiple solar panels on your DIY campervan conversion:

We’ll take a look at each of these in turn before we make a comparison.

When solar panels are wired in series, the array’s voltage is added together while the current (or amps) stays the same.

Note, solar panels’ wattage is rated under standard test conditions. These 100w panels will provide 100w then but a little more in colder temperatures.

The connections are made with branch connectors.

When solar panels are wired in parallel, the array’s voltage stays the same while the current (or amps) are added together.

Solar panels wired in a combination of series and parallel

There are no surprises for figuring out what wiring solar panels in a combination of series and parallel means.

Taking the same 4 x 100 watt panels, you’d wire a pair in one string (i.e. in series), the 2nd pair in another string, then wire the two strings in parallel.

When solar panels are wired in a combination of series and parallel, the voltage in each string is added together while the current (or amps) stays the same.

Then, the two strings’ voltage stays the same while the current (or amps) are added together.

When the solar panels in the array are all the same, the power output is the same regardless of how they are wired (at least mathematically), but the current and voltage differ.

It’s important when it comes to selecting a solar charge controller for your RV or campervan.

But there are two caveats to all of this.

The following sections look at each of these in turn.

Mixing Solar Panels & How Best to Wire Them

In an ideal world, your camper solar setup will consist of a set of identical solar panels.

But we don’t live in an ideal world.

Perhaps you have a few mismatched solar panels to kick off a budget solar setup.

What if you’re on the road, living in your van full-time, and need to replace an existing solar panel or want to add another to your setup but can’t source the same panels?

Can you add a different panel?

Yes, you can but determining how best to configure the system isn’t as straightforward.

The calculations explained above for series, parallel, and series and parallel combinations still hold.

When wired in series, the lowest amp rating of all the panels is used in the calculation.

When wired in parallel, the lowest voltage is used.

When a solar array uses a mix of panels with different ratings, the power output is no longer the same across all configurations.

Let’s take an example, which happens to be an identical setup to that on Baloo, our Sprinter van conversion:

Or we can wire them in a combination of series and parallel. We’ll wire the 95 watt panels in one string because they are identical and keep the 130 watt panel in a string.

So which is best? Series, Parallel, or a Combination?

The calculator will give you a good idea of the total power output, current, and voltage you might expect from each wiring configuration.

But keep reading. The decision isn’t black and white.

While the calculated results are interesting and useful for sizing your solar charge controller, don’t wire your solar panels based on the minimum power loss.

The calculations are all based on the optimal operating conditions for the given solar panels.

In reality, though, those conditions may not be met all the time.

The sun’s height in the sky affects the energy produced, varying throughout the day and the year.

Cloud and shade fall on the solar panels. It may not be much of an issue for solar farms in wide-open fields, but it is on an RV or campervan.

Parking under a tree or in a building’s shadow varies power output from the panels, depending on how they’re wired.

When shade hits any part of a solar array wired in parallel, the power output from that panel reduces significantly. BUT, any other panels in the configuration are unaffected.

Conversely, when shade hits any part of a solar array wired in series, the power output from that panel reduces a lot. AND every other panel in the configuration is dragged down with it.

With a parallel wiring configuration handling mixed panels and coping with a partial shade better, you might think this is the best approach for a campervan solar setup.

But first, we need to consider the other components in the solar setup, specifically the batteries.

We have a detailed post on campervan batteries for the full detail. The critical point is a 12v battery needs at least 12.6v to charge (or thereabouts).

So consider all the calculations we’ve used above and your own too.

The voltage produced by solar panels in a parallel configuration is low – around 17 – 22v, depending on the panels. And this is when environmental conditions meet the optimal operating conditions of the panels.

Anything less, and the voltage will fall.

Let’s take a look at some numbers to prove the point:

The same panels wired in series could produce 71.6 volts.

Both scenarios produce enough volts to charge the battery bank when conditions are good.

But when wired in parallel, the panels must perform at least 70%. Anything less, the volts will fall below 12.6v needed to charge the battery bank, rendering them next to useless.

When wired in series, performance would need to fall to around 18% before they stop charging the batteries.

We had our mixed panels wired in parallel for a long time.

Why wouldn’t we? Parallel wiring handles the mixed panels far better than in series, and we wouldn’t suffer as much loss when we parked in the shade.

And then we sat around a campfire with some fellow overlanders and discussed it all at length.

Convinced we might have it wrong, we spent 5 minutes the next morning changing the setup from parallel to series.

We’ve not needed hookup since!

The last six months, we’ve been in Patagonia, throughout the southern hemisphere winter and not driven anywhere – there’s a global issue preventing us from travelling.

We’re not hooked up; our mixed 320w panels are now wired in series with an MPPT controller, and with careful management, we’re doing much, much better.

Though we suffer slightly more losses during the optimum operating conditions, we produce a high enough voltage to charge the batteries from dawn to dusk.

So, we charge our batteries for longer.

Depending on the number of panels and sizes, there could be many different configuration options for your set up.

This calculator allows you to enter up to three different panel specs and as many of those panels as you choose.

Enter the details, and we’ll calculate the total power output, voltage and current they could produce when wired:

It’s important only to enter each spec on one line.

Aim to choose a configuration that balances the least loss of total power output and a high enough voltage to charge the batteries all day.

The aim is to get the best combination of watts (power out) and voltage.

Suppose you’d prefer to wire your mix of panels without losses. In that case, you’ll need to wire each panel variant with a dedicated solar charge controller.

We’d need an MPPT controller to handle the string of 95w panels and another for the 130w panel with our setup.

It becomes an expensive pastime, so best to install matching products wherever possible.

Use our other electrical calculators to help size your camper van electrical system.

Don’t forget. This post is just one part of our DIY camper solar setup series. Check it out for more information & guides. 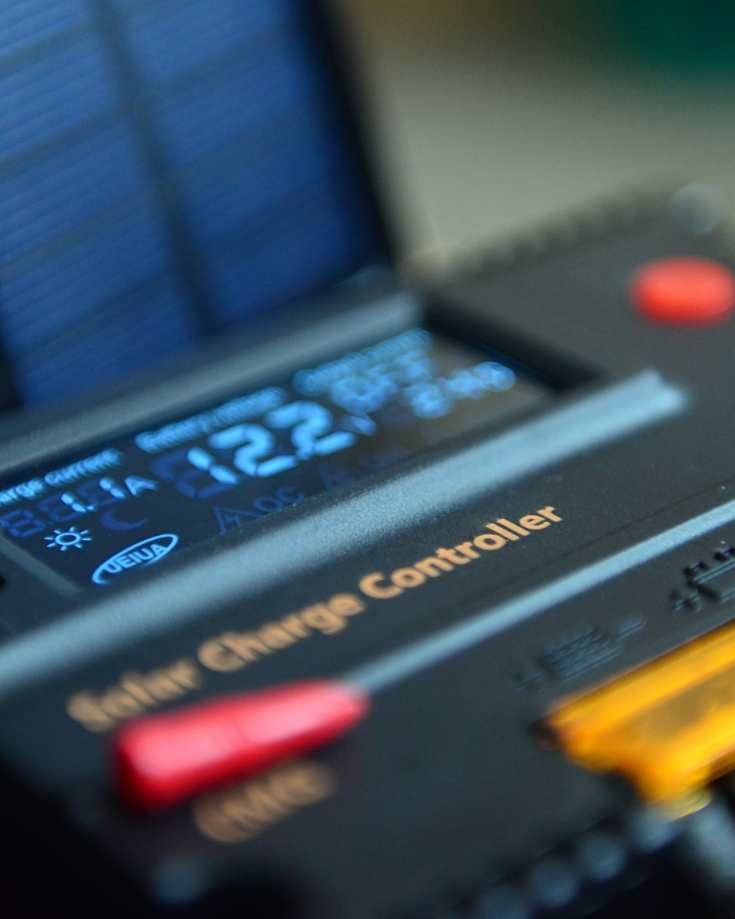 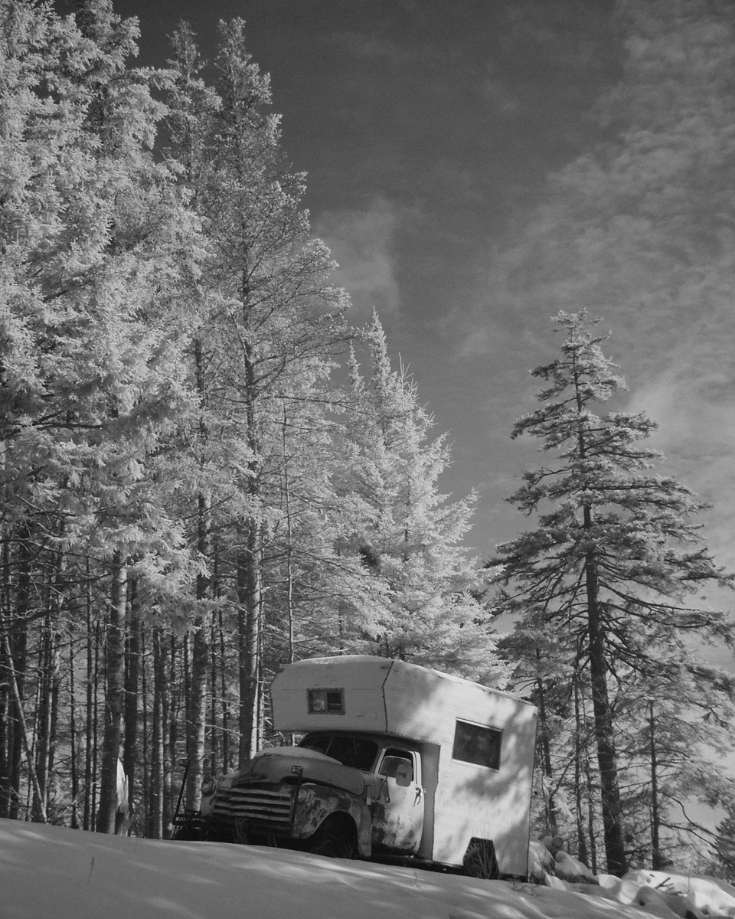 Next
10 Tips for Living in a Camper in the Winter & Living to Tell the Tale
Click here to cancel reply.

Great article & much appreciated. I am excited to get my panels numbers & plug them into your calculator.

Thanks Larry, glad you found it helpful!

Thanks for putting this article and calculator up.

I put the question you answered (can you mix panels and series / parallel wiring successfully?) on multiple forums and had wildly different answers. Your calculator and comments were spot on allowing me to expand my system without spending the dollars to reinvent everything. Thank you.

Brilliant! So glad this helped! We see so many opinions too and often it comes down to a combination of what is technically possible and how that fits with how you'll use the van. Comparing things like this before we made the final decision helped us put it all in perspective.